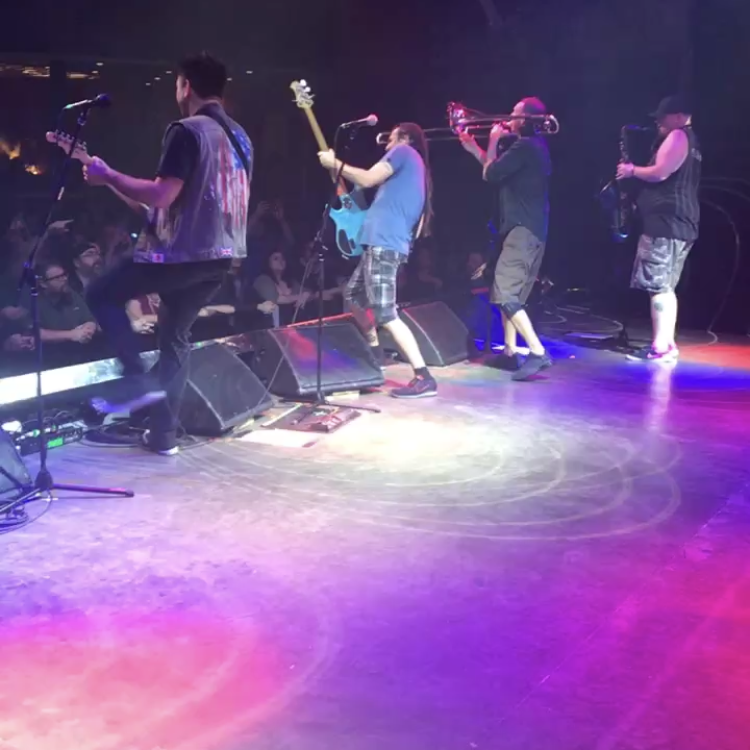 This was one worth travelling for. I am lucky that my job allows flexibility and travel, so oftentimes it’s a “kill two birds” sort of situation, and my work trip can also be an opportunity to see a must-see show in another city. So, that’s the backstory of how this Boston girl wound up in Dallas. When I heard that two of my absolute favorite bands, Less Than Jake and Face to Face would be co-headlining, it was a given that I HAD to get to one of the shows. They were only doing a run in the South, so to the South I went.

I have personal friends in both bands, which is one reason this was a favorite show. The punk scene is awesome in that I’ve met some of my favorite people ever. It also sucks because said people usually live far away. I’ve seen both bands a bunch of times… but I’ve never had the experience of sitting backstage and having Trever Keith say, “I just got the mix back on the acoustic album. Want to be the first to hear it?” Ummm… yes! I will never, EVER forget that moment. I danced and sang all night from side stage, but drank all of face to face's beer on accident. I owe them. All in all, one of the best shows of all time. 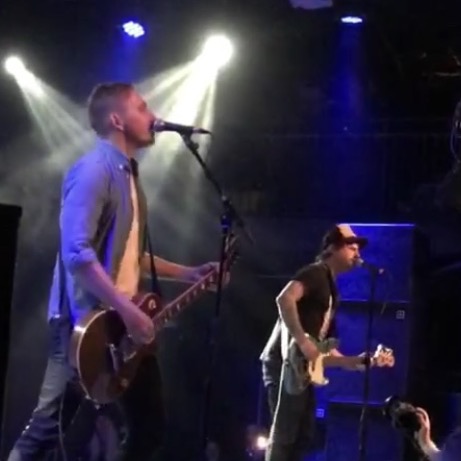 My first time seeing The Lawrence Arms was something I will never forget. It was the perfect venue… a club, but a large one that allowed for the masses of people singing along to every song. They had just released We Are The Champions of the World, a "greatest hits" album, so to speak, so they played all the best songs and there was a great vibe all around.

They brought along Red City Radio for support. These guys are one of the hardest working bands around right now; I've had the pleasure of seeing them 5-6 times in the last couple years. They always put on an awesome show. Their music has been on heavy rotation in my house recently. Love this band! It's clear why this was a favorite show this past year. 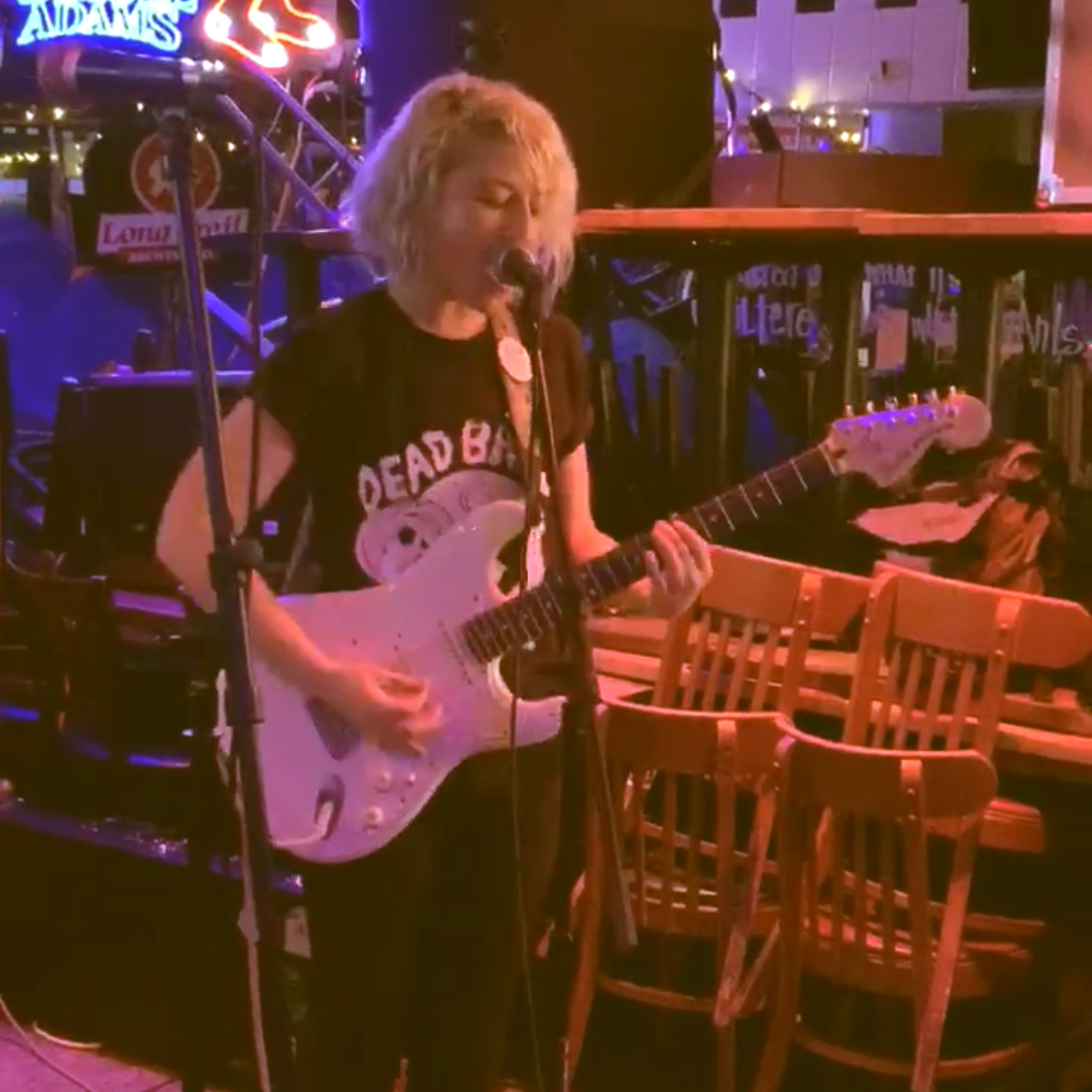 This was fun because, as many of you reading this know, the guys in Rebuilder are some dear friends of mine, and I believe they are one of the most underrated bands on the scene today. If any band deserves a big break, its these guys. But I digress. They always put on a great show.

But it was my first time seeing Dead Bars, a pop-punk band from Seattle, WA. John, the singer of Dead Bars, is relatable, smart and holds a beer while he sings. My kinda frontman. Their songs, Dream Gig, Earplug Girl and No Tattoos were my favorite of the night.

As for Pity Party, I remember someone mentioning them at the end of a podcast once. We end every episode with, “Name a punk rock woman or band or any woman in the scene who is killing it.” Someone said Pity Party, and if I listened back to my own interviews I’d remember who, but that’s pretty close to torture. Anyway, they didn’t disappoint. Despite Sarah having strep throat (the other bands were insisting she use her own mic, and I didn’t blame them! Usually, I so much as look at someone with Strep I get it, but this time I lucked out.) I can’t believe how much enthusiasm Sarah has, and what an incredible job she did with being that sick. Bravo to rad girls killing it... even when dying!! 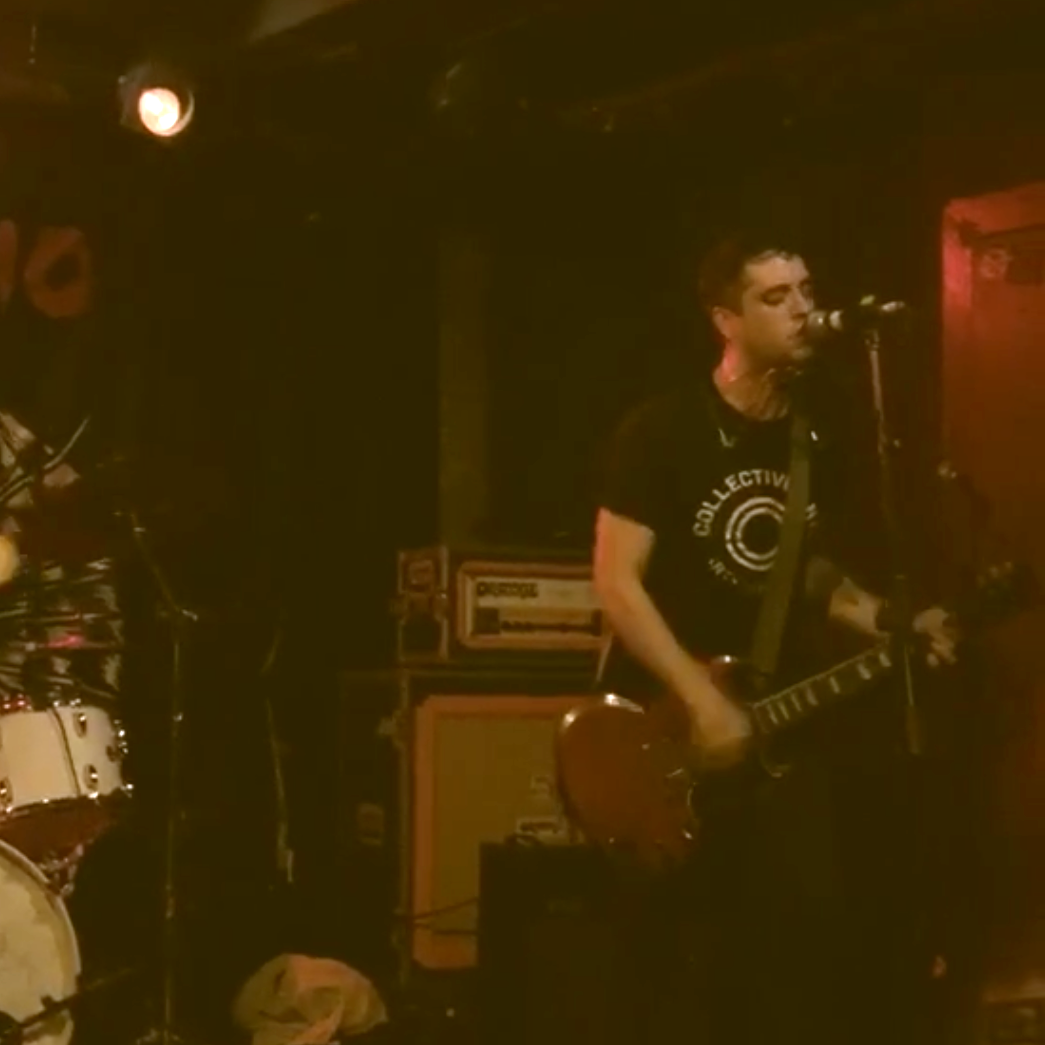 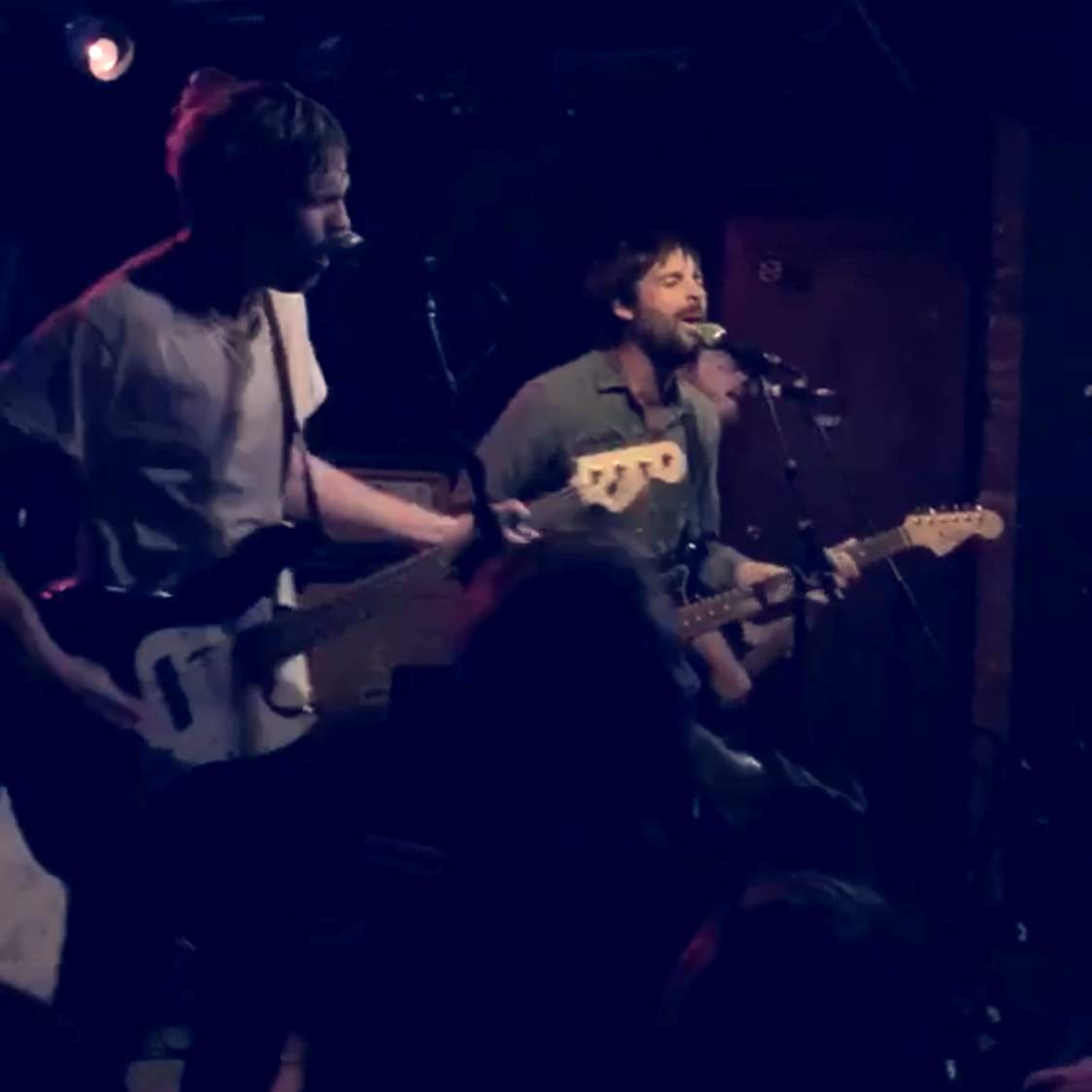 What a line up! Typically, for me anyway, I’m lucky if I get two bands on a bill that I like. All three is extremely rare. It was my second time seeing each band in the course of a year, super lucky. Red City Radio… always a good time. I’m not sure how Garrett musters up that amount of passion every show, but he does.

Pkew is just fucking fun. I loved meeting those guys and when I interviewed them, it was clear that they are huge Philadelphia Eagles fans. So, when the Patriots and Eagles were facing off in the 2018 Super Bowl, I wagered a fun bet with Mike that the Patriots would win. The fact that I had to wear Eagles gear to that show is an indication of how the game went for anyone who doesn’t keep up with sports.

Despite being dawned in ugly green gear, I thoroughly enjoyed the Penske File’s set. I had the pleasure of meeting these guys this past year and interviewing them as well, so I know how awesome they are as people, and that just comes through in their songs, especially at a live show. Alex, their drummer, does his fair share of singing, which is super fun to watch live. They are probably my favorite “new to me” band of 2018. 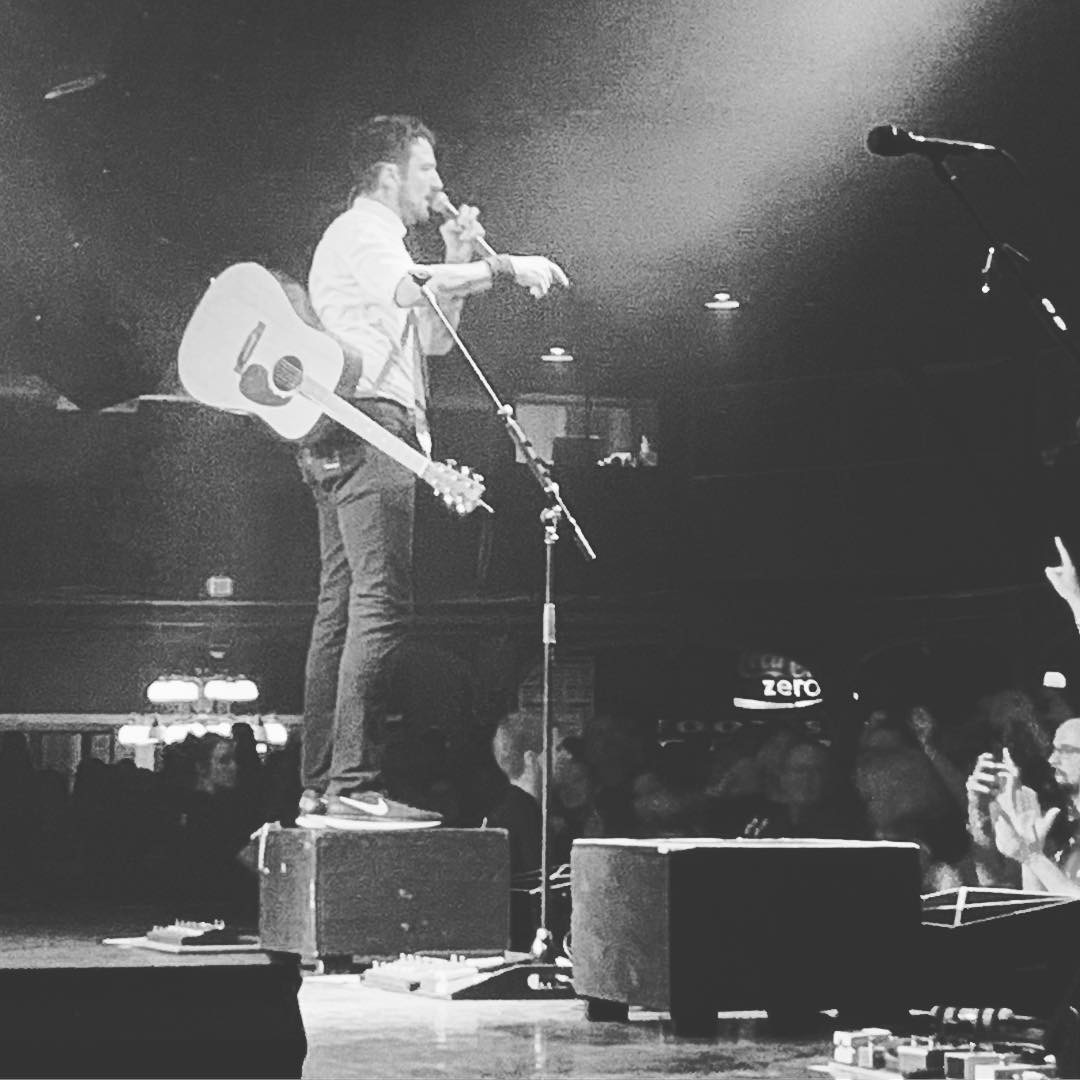 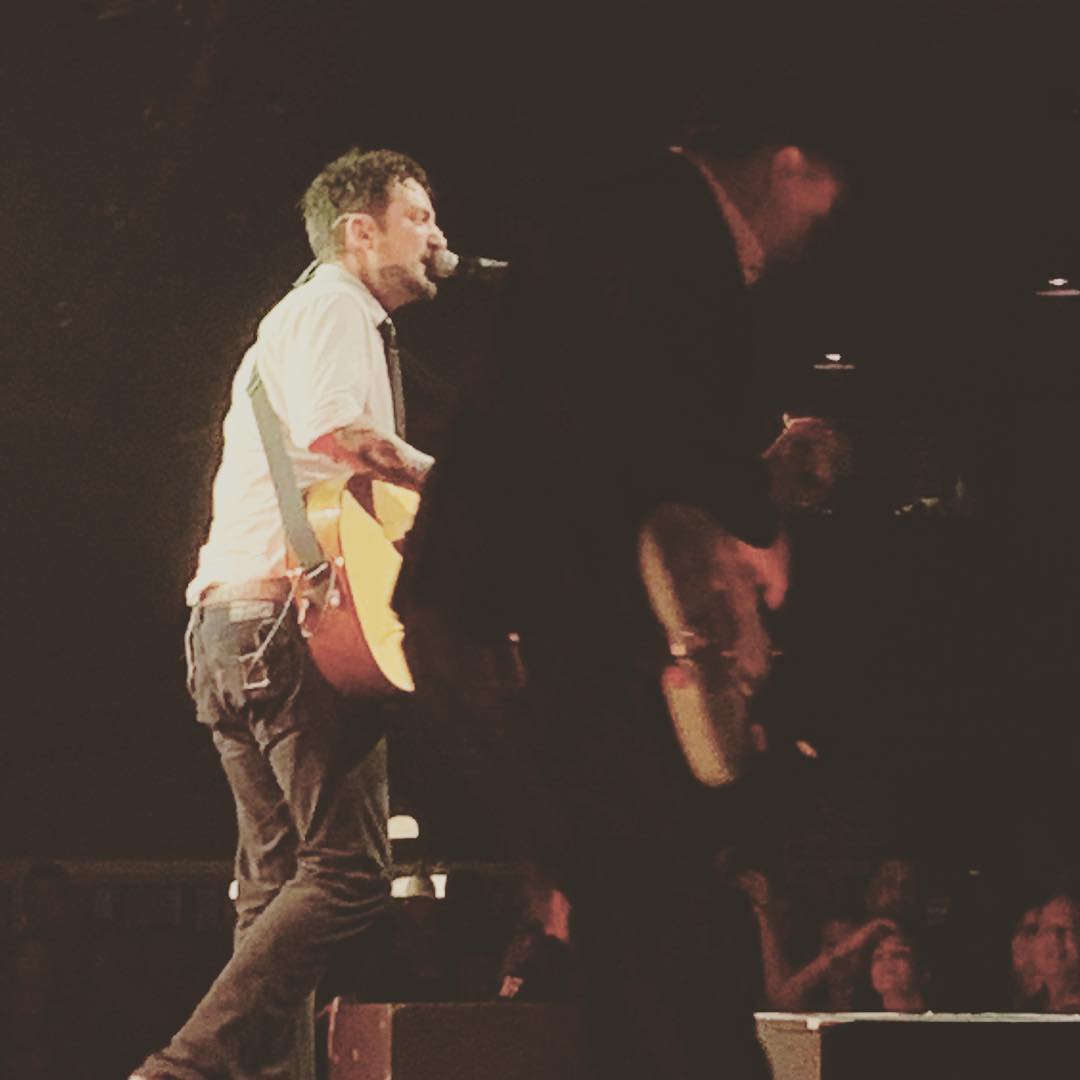 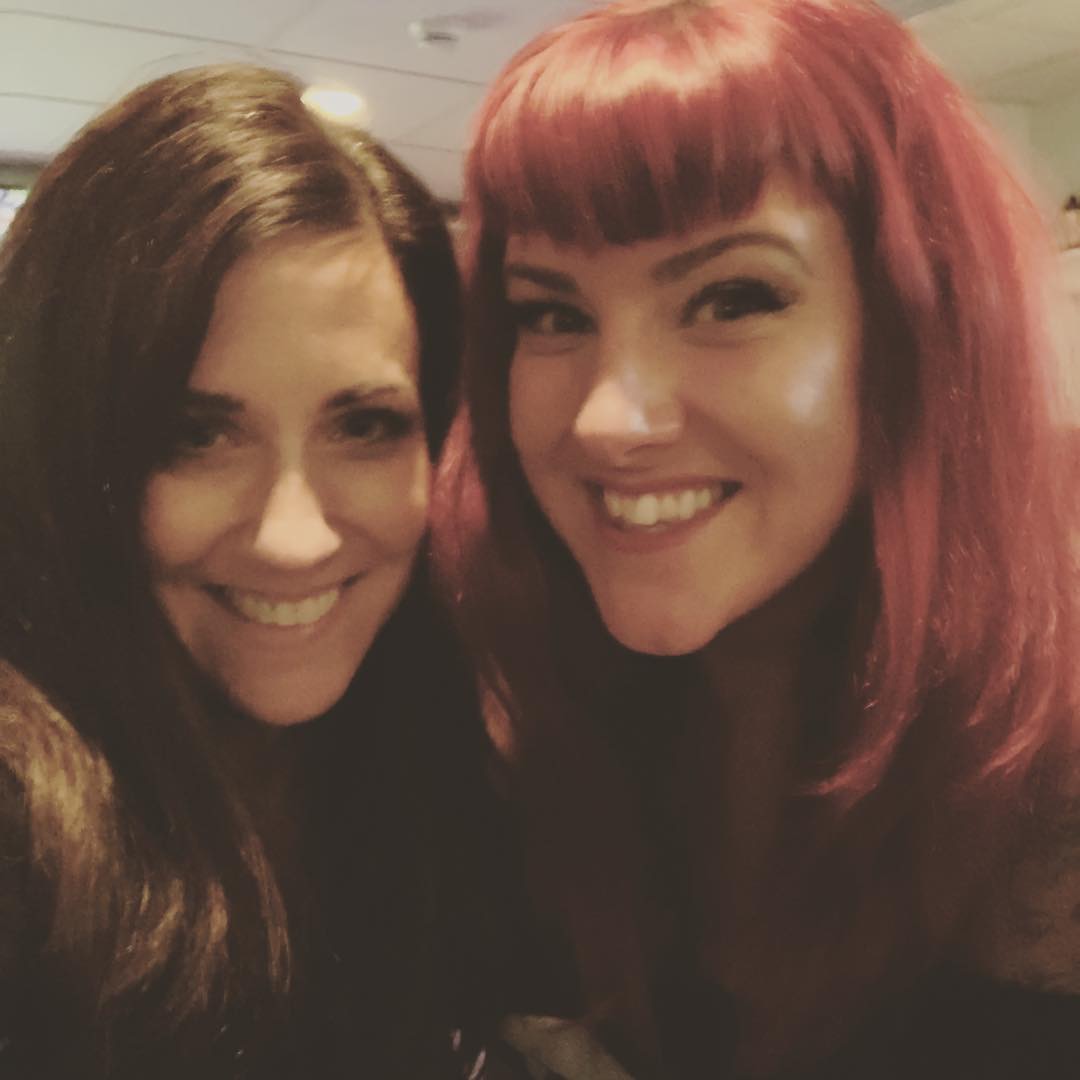 Really, need I say more? Probably not, but I will. Co-Mable, Sarah, came out for this show and I got to meet her for the first time, which was one highlight. Another was watching Frank put on a fucking amazing show, as he always does (his partnership with Mable Syndrome is one of the things I am most proud of, but that’s for another blog post).

Bad Cop Bad Cop has been friends with Mable Syndrome for a long time, and seeing those women perform is goosebump-worthy every single time. Four powerful, amazing and talented women up on stage singing songs that I love to sing along to and empower other women… #1 forever.

P.S. Sorry for the terrible pictures. This is why we/I don't do show reviews....

too many to list...but Off With Their Heads, Bouncing Souls, Teenage Bottlerocket, Descendents, NOFX, Bad Religion and Sincere Engineer come to mind. I'm a lucky punk rock girl.