You go to shows ALONE???

The other day I was listening to a podcast where women were talking about going to concerts (not punk rock; we are the only podcast that does that;) ), and one said to the other, "I'd never go to a show alone." They spent some time discussing it, but the conclusion they came to was, yeah, women shouldn't go to shows alone.

For me, it wasn't a choice. In college, no one around me liked the music I liked. I'd beg and plead for people to go with me (listen to the podcast episode with my poor sister who's been dragged to more punk shows than any preppy pretty girl should). But, there was no way in hell I was going to miss the chance to see a favorite band, and if that meant going alone, so be it.

I'd walk city streets alone at night, I'd drive hours... it didn't matter. Those were the days of fliers on city telephone poles; it was the only way to hear about a show. So, I'd see a poster and make plans to go by myself. Simple.

In fact, one of my favorite memories of all time was going to my very first solo show. I was walking around downtown Portland, where I went to college, in 1997, and I saw a flier for a Goldfinger show at a local brewery. My first thought was, it can't be that Goldfinger; it's a small local pub in Maine... no way! But the album cover on the flier made me optimistic. I went, and there were about 20 people there and I basically had a private show. It was fucking awesome!! Seriously, a favorite memory of all time.

Now, 20 years later, going to shows alone is just a way of life for me. It actually feels weird to do it any other way. In fact, a rad woman and I were just recently trying to make arrangements to go to a show together, and I'm so set in my ways that I likely sabotaged the whole thing on account that I might have to follow someone else's schedule. lol.

For me, there are SO many awesome reasons to go to shows alone. First of all, the timing is all up to me. The other day, I went to a show and wanted to get there by 8 for the opener, but my kid wasn't feeling well, so I gave him a few extra snuggles before heading into the city (Boston is about 40 minutes from where I live). It meant I missed the opening band, which kinda sucked, but I got to snuggle my kiddo and not have to worry about disappointing someone for being late.

Relatedly, I can leave when I want to. I'm fucking old. I get tired. If I'm there to see band #2 and band #3 isn't doing it for me (ie, when Less Than Jake opened for Good Charlotte), I can leave. But what if the friend I'm with wants to see band #3? Okay, now this is just making me sound old and cranky... but I guess I am.

Also, since starting Mable Syndrome, I have interviews or meetings with bands, and it can be tough to have a friend in tow. They may feel awkward standing around while I do my thing. And scheduling these meetings with bands is a nightmare of last-minute changes. "Meet us at our bus at 6:00." Bus is empty, no one there. "Our trailer got a flat tire, can we move it to 8?" I have to text with tour managers and band members down to the last second to find out where and when I'm supposed to meet with people. I suppose I do then walk around alone, aimlessly searching for beer or coffee to pass the time, and it might be nice to have a friend with me....

Finally, I've been incredibly lucky as a woman who has been going to shows alone for 20 years. Almost every other woman I know has been groped, grabbed, rufied or drugged at shows, and I haven't (Never had to , but I'd better KNOCK ON WOOD!). If that had ever been the case for me, then I'd probably not think twice about "bugging" someone to go to a show with me. But, I'd still never miss a chance to see a band I absolutely love.

I've gotten good at drinking alone at a bar. I think I have a resting "not interested" face, because no one bothers me unless I decide to talk to them. lol. I've gotten good at looking dudes in the face and making it clear I'm not to be fucked with. I've gotten good at wandering cities and looking for a good latte. I like being alone; I like traveling discovering new things alone.

I don't think going to shows alone is for everyone. In fact, I completely understand why most women wouldn't want to and I respect that. But, if it means missing a band you totally love, maybe give it a try??

Since starting Mable Syndrome, we've been getting emails like these...

I didn't go to any show for the last 4 years. Because I had two kids during that time and also it's always difficult to find people to go to shows with. I was frustrated and sad and I thought that my punk rock time was over.

But this year, I decided to go to the Flatliners show in September and if no one wanted to go with me, I would go alone. I didn't want to miss them anymore (I am totally in love with their music... ). I went to the show and it was AWESOME. It felt like home. That was the place where I belong, these punk rock shows. It is the place where I feel whole, like I'm not faking anything. I couldn't believe I missed that for 4 years. I felt like I had lost myself for the last 4 years and, in a way, that was really sad. After two days of huge post show depression, I checked the tour date and buy ticket for another show of the tour two weeks after in Germany!

After listening to your podcast, I felt again kind of a legitimacy to be what I am: a woman, a mum, a scientist, a punk rock lover and so many other things. And it is with this positive mood that I went to my second Flatliners show! And that show was the best show of my life. Thanks to your interview I knew Chris was a nice guy. So, even if I am a very shy person and usually leave just after the show, I stayed and dared to chat a little bit with him and asked him a picture.

This email fucking blows my mind. Because of our podcast, this woman felt comfortable going to a show for the first time in four years, experienced the best show of her life, and met an artist she truly loves.

Below, I posted some pictures of me, alone at shows over the years. Me with bands, meet meeting up with old friends, and me meeting new Mables.

I wouldn't trade going to shows alone for anything... although, perhaps I shouldn't be such a curmudgeon and actually make concessions to go with a friend once in a while. 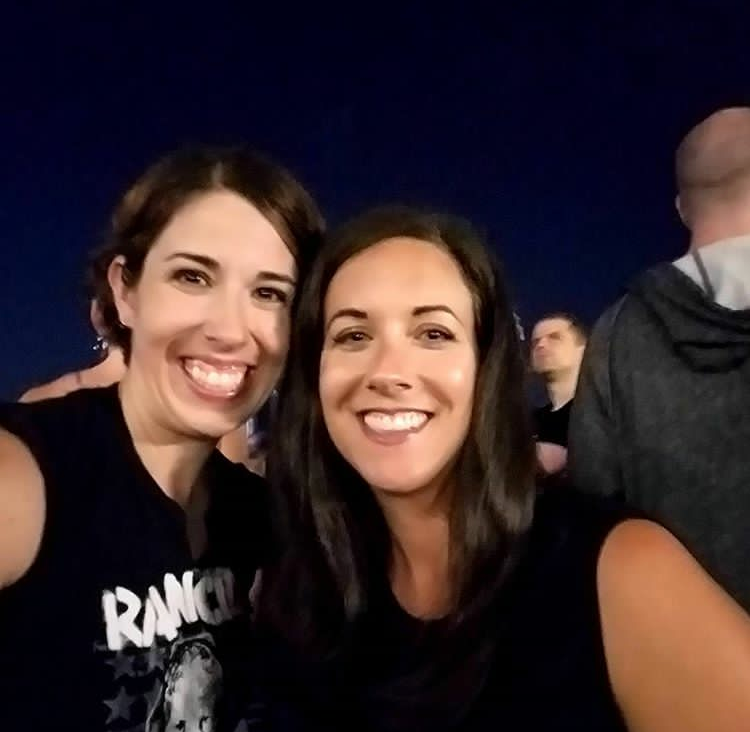 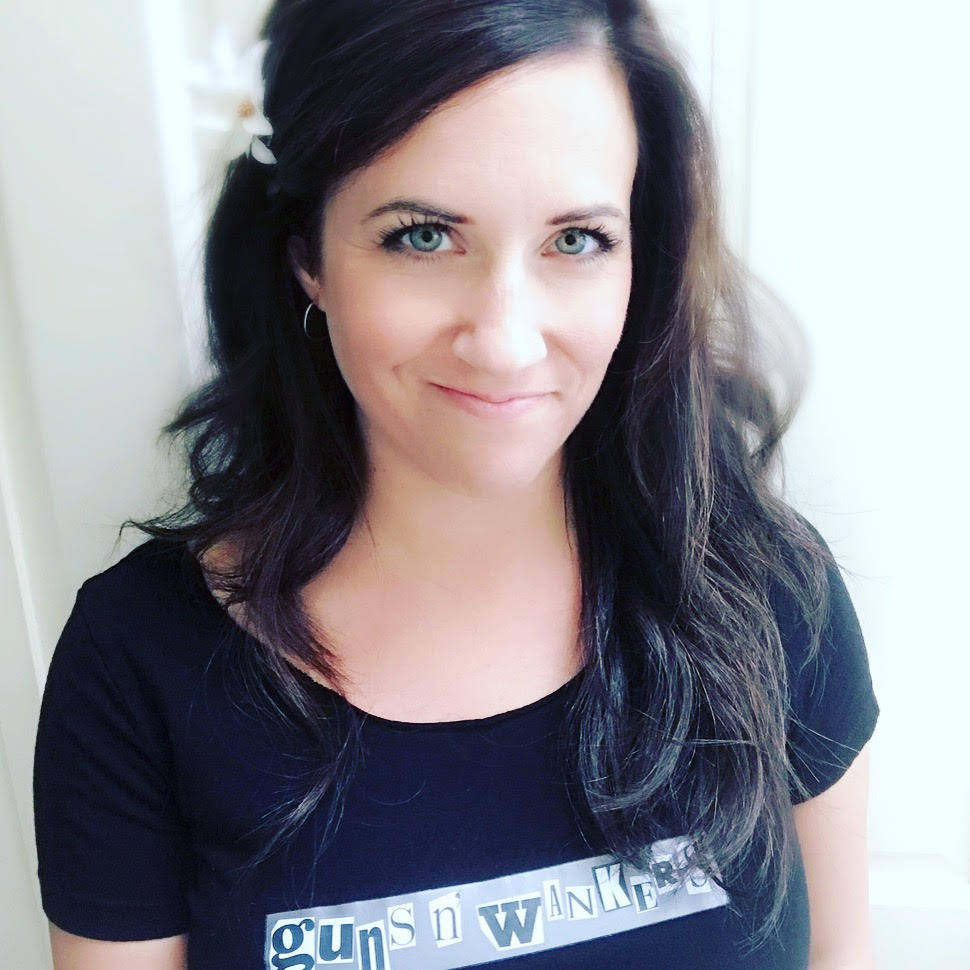